There is always that one time when you’re worried about either your friend, concerned about your children, or suspicious about your significant other. Whether it’s your spouse, kids or friend, at times, there is something up, but they’re not telling you. At moments like these, hacking comes to mind. You want to quietly hack the person’s phone whom you’re worried about, but you don’t know if hacking without the other person is even true. Luckily! It is. There are several ways you can hack someone’s phone without them knowing anything.

If you’re worried if your spouse is talking to someone that they don’t want you to know of or you’re concerned about the wellbeing of your children and worried why they’re on their phones so much, or your friend is tensed about something and doesn’t want to tell you. All these are understandable and logical reasons for someone to hack a phone. All these worries and concerns can overwhelm you, and you start to overthink them all. To avoid all of these inconveniences, it’s best to hack that person’s phone, whom you’re worried about, and don’t let them know that you hacked their phone. 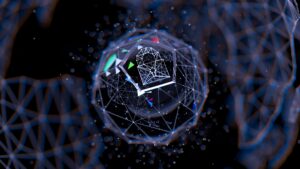 There are several ways to hack a phone without the other person knowing. The most common way is to use a spy app such as a Trusted hacker list.

This hacker allows you to see any activity on the user’s phone, like when they are taking pictures or viewing text messages. The spy app can also send and receive text messages and track GPS locations of the target device. In addition, this hacker app has features to make it easy for someone with little tech savviness to use like a live map and low battery alert.

Some people might think that hacking a phone without the other person knowing is impossible, but it’s actually not. There are a few ways to accomplish this task. 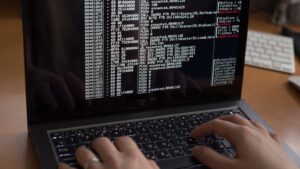 Hacking a phone without the other person knowing has three main ways of accomplishment. The most common way to hack someone’s phone is by using a spy app.

Spy apps can easily give you access to someone else’s messages and calls, and even save their texts for later use. Spy apps are applications that can detect when they are being used in order to send information back to the person who is using it. This includes text messages, email, and GPS location. Some of these apps can also be able to access contacts, call history, photos, and other things on the device as well

Another way to accomplish your goal is by using their passwords against them at the app store or online. Hackers can hijack your online manager to hack your account to hack your husband phone. When a hacker phish your iPhone iCloud account, this password can give you access to your cell phone backup.

It’s not that difficult to hack into someone’s phone. All you need is a little bit of knowledge and the right tools. A lot of people don’t know what the terms “hacking” and “tapping” means, but they are actually quite similar.

Both methods involve gaining access to a computer or device through its internet connection. For example, if a person has an android phone, it is possible for somebody else to hack into their phone without them knowing how do u hack someone’s phone. how to hack into someone else’s phone from your phone.

How to use a Spy app

Hacking a phone without the other person knowing has several ways of accomplishment, the most common way to hack someone’s phone is by using a spy app.

Spy apps are the frequently used hacking methods because by using a spy app, you don’t need any advanced hacking knowledge to hack someone’s phone. Spy apps are very convenient, fast, have several features and don’t require you to be at arm’s reach with the phone you’re hacking.

The Nova Spy app has all spy app features combined in one spy app. It is not only very affordable, but it is super stealthy. You can sneakily hack anyone’s phone, and they will not know anything. Nova spy is on of the spy app of how to hack someone’s phone without them knowing

Getting someone’s personal information without them knowing is easy when you hack into their phone. The best way to do this is by using a spy app. There are many apps on the market that can help you with this task. There are the best hidden apps to use to monitor a cell phone

The Nova spy app is cheaper than most apps. Every spy app has distinctive features. One spy app wouldn’t have the same features as another spy app, but the nova spy app has several useful spy app features for an affordable price.

You only have to download the app on the android phone of whoever you’re hacking once. They will never notice the app existing on their phone, and you can quietly view all of their information, texts, and location from wherever you are. This spy app guarantees 100% stealth and doubles the protection of any other spy app, so you’ll never get caught.

The Nova spy apps can show you complete conversions of whoever you hack. You can see the texts and who the person was sending the texts to, and even audio messages. You can see who your spouse was talking to if you’re suspicious about them or why your kids are on their phones so much and if they’re talking to some.

The Nova spy helps you with whom to trust and whom to not. If you feel like your employees are slacking on the job, and there isn’t anything to prove your suspicion. You can quietly download the app on their phone, and you’ll know what they’re doing or who they’re texting on the job.

Not only text messages but the Nova spy app lets you hack messenger and other social media apps as well. Kids nowadays don’t really use text messages. They usually use messenger, Facebook, Twitter, or Snapchat mostly. With Nova spy, you can keep a close eye on what your kid is doing. You can see who they’re talking to on these social media apps, what they’re posting about, and if they’re away from trouble.

Spying on social media apps helps you in lots of other situations as well, like if your employees are on their phones a lot, if you constantly keep seeing your spouse on their phone a lot, or if you want to know what worries your friend. Most of the time, the answer to all these concerns is always related to social media apps. With this feature, you can ease your mind and get to know what’s everything doing and who’s hiding what.

The Nova spy app lets you see all of the images and videos from the hacked phone. You can see what pictures your kids, spouse, employees, or friends keep on their phones. You can see what images or videos they took, whom they sent to, and what else is in their gallery.

Trusted hacker list is a software company that offers the easiest and safest way to find and hire hackers to hack into a computer. The hacking service offers the easiest way for people with computers to secure their computers from being hacked without compromising their performance. Our services are trusted and secure because we offer daily updates on our reviews of hackers in our database, so you can be sure that there won’t be any surprises along the way.

We are an Online IT service provider that specializes in: –

What are some of the benefits of hiring a hacker?

Hiring a hacker is the smartest decision that you can make. Hiring hackers can get rid of your computer problems and hopefully save you time and money in the process. There are many benefits of hiring a hacker including their knowledge of computers, experience with software, tools, programs, and top security measures.

There’s a myriad of reasons why people hire hackers to hack into their computers and they range from hiring someone to protect their data or clearing out malware. The most common reason is to fix computer issues.

Although a hacker can’t solve all computer problems, they can provide you with an idea of what is wrong with your system and offer some solutions. This is how to hack someone’s phone without them knowing a professional hacker.

What are the risks of hiring a hacker?

Hackers can offer a wide variety of services like hacking into your computer, web app, or corporate network. However, many hackers are not ethical and may not follow through with the promised hack. This is why people should use a trusted list for hiring hackers. This service offers a way to find hackers through their criminal records and experience levels. This is an easy way for businesses to ensure that only experienced hackers work for them without the risk of getting hacked themselves.

Hire a hacker vs finding a hacker on the dark web

A reputable software company called Trusted Hacker List offers a service that is easy and safe to find hackers. Users on the dark web tend to be unreliable, but the Trusted hacker list provides a trusted service. This means that users know they are hiring a real hacker and not just someone who is trying to take advantage of them.

The Dark Web is a dangerous place where hackers can be found on the dark web. Sometimes it takes days to find someone that is trustworthy, and sometimes they are not even on the site. But if you’re looking for a hacker, there’s an easy way to find one on the secure website Trusted Hackers.