Are you interested in knowing how to bug a phone? For instance, if you suspect that your employees are sharing company secrets or you think your spouse is cheating on you or you just need to get some personal information. But it can be hard to know how to do this without getting caught by law enforcement officers or the owner of the phone. When working with a new case like this a trusted hacking service is what you need. 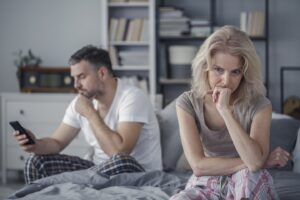 What is a cell phone bug?

A cell phone bug is typically a device that can be attached to or implanted in a cell phone. This allows the phone’s signal to be captured and played back remotely. Cell phone bugs are only illegal if they are used for criminal purposes.

A cell phone bug is a device that can be placed onto a mobile phone to eavesdrop on calls, read emails, and track the user’s location. It is typically a small piece of hardware that sits on the back of the cell phone, however, it can also be installed directly into the handset. Many types of bugs are now being developed which take advantage of new technologies such as Bluetooth and GPS tracking devices to keep tabs on the owner. There are powerful apps to clone a device remotely.

How to bug someone cell phone

It’s easy to bug a cell phone, which is why it’s one of the most popular pranks. To do this prank, you’ll need a little assistance from your friends and family. They’ll have to help you plan the perfect time to bug someone’s phone with the following steps.

Bugging someone’s cell phone is easy. All you need to do is install a Trojan on their computer or phone and then use their computer to access the internet. You can also use a piece of software that will allow you to intercept text messages or even call the person’s smartphone.

If you want to bug someone’s cell phone, you’ll need to do some research on how it works. You’ll need to figure out how the person has their phone set up so that you can use your own number as the contact and then text them a message when they have the cell phone within range of your signal.

You can also remotely bug someone phone with a professional hacker who will not need to touch the phone before he can install a spy app. Someone you need to hack email to gain access on iPhone. On iPhone, you need an iCloud credential to use the spy app.

What types of cell phone bugs are available?

There are two types of cell phone bugs:

There are many different types of cell phone bugs available. Some are meant to be placed on a person’s clothing, while others are meant to be inserted under a person’s clothing. These bugs can record all conversations either in the background or through headphones. They also come with a microphone that enables the users to leave voice messages in secret. Cell phone bugs are a great tool for discovering what your target is doing or saying. They can be used to listen in on conversations, record calls, track the location of the phone, and more.

Cell phone bugs and their legality

Cell phone bugs are illegal in the United States, and they are not legal anywhere according to the FCC. The legality of a cell phone bug or a wiretap depends on the contract between your company and your wireless provider. If you have a contract that allows you to record calls made on mobile phones, then it is okay to use a cell phone bug. For such, you can monitor your kid’s cell phone against bullying, employees against the selling of private data, and many others

How to use a cell phone bug

For anyone who wants to bug a cell phone, there are many simple methods for doing so. One easy way is to set up your cell phone on the ground and record any conversations that take place around the device. This will be useful if you want to know what other people in your company or workplace are talking about.

Another way is by installing one of a number of apps that can be downloaded onto a cell phone. These apps give you access to a hidden microphone or camera that you can use to spy on another person’s conversations.

Why would you want to use a cell phone bug?

In today’s world, cell phones are an integral part of our lives. Cell phones have captured the hearts and minds of children, teenagers, and adults alike. Without a doubt, there is a time when we would like to spy on someone without them knowing it. You can install a cell phone spy app on their phone and you can listen in on conversations with your phone to learn more about the target person or to find out what they are up to.

When it comes to electronic communications, employees should never be given information that is not pertinent to their jobs. Some businesses may need to give access to text messages or emails, but this should be done with a set of rules and in a way that ensures the data is secure. In the case of an employee cheating on company business, you must take precautions such as having them sign a document stating they are not going to use the information for personal gain.

What are some benefits of using a cell phone bug?

Cell phones are a necessity for millions of people. Millions more just want to feel the benefits of using a cell phone bug in their own life. Cell phone bugs are now so ubiquitous that cell phone security is often not taken seriously. You don’t need to be a skilled hacker to get your hands on one of these little devices, whether it’s from an employee, or from your partner’s luggage; it’s not hard at all to put one on someone else’s phone. There are many different types of cell phone bugs that can be used by anyone, but they’re not always easy to find and use effectively.

Warning signs that your spouse might be cheating on you.

how to bug a phone call

You can easily bug a cell phone call by first getting the person’s number. You can then either use an app or just dial the number on your own phone. Once you’ve received their call, you can listen to the conversations they have on their end without them knowing you’re listening. You’ll want to make sure that you take care of any dangers that are present before proceeding with bugging a call. 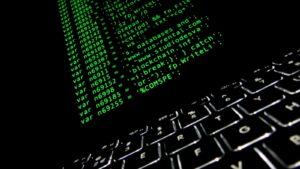 How to remove a bug from my phone

It’s important to know how to remove a bug from your phone, as well as where and when you would put one on there. If you’re trying to pick up an important call that’s been bugged, or if someone else is calling you and you want to make sure that the call is coming from them and not someone else pretending it’s them, then you’ll need to get rid of the bug. In order for a bug to be removed from a cell phone, it needs to be rooted in order for the software required for taking calls or making calls from a certain number to work

Best service to bug a phone

Trusted Hacker is a genuine service to hack your phone remotely without touching it. We are the best in the industry.

You can hire our hackers for any task such as:

A trusted hacker has you covered. This is how you hire a hacker that you need to bug a phone.