There are many ways to monitor WhatsApp since it’s very popular. This article talks about the best way you can spy on WhatsApp without target phone and they won’t even know about it.

If you intend to use a spy app on the target’s phone. Spy apps are easy to detect on android or iPhone. From trusted hacking services to phone penetration software to advance software. We have written a brief explanation of what they can do. 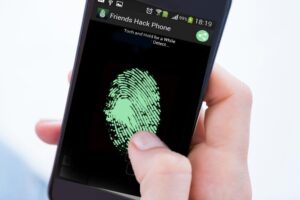 How to spy on WhatsApp messages without target phone?

The good thing about this method is that while using it, we don’t need any apps or programs installed on our devices during the installation process. All we have is a browser that supports HTML5 features such as Geolocation API etc. There is advanced software such as pegasus that can remotely hack WhatsApp accounts.

The Pegasus voice call attack is a new way to hack WhatsApp accounts. It works by exploiting the buffer overflow vulnerability in WhatsApp. The hackers call their targets, and if they do not answer their phones, the malware will still access their phones.

The Pegasus voice call attack is a new type of attack that can be used to target WhatsApp users. The attack uses the social media app to call its targets and then makes them believe they have missed a call. This is done by sending a fake notification to the victim’s mobile phone.

The message is disguised as a missed call from someone who has been added to their contacts list recently. 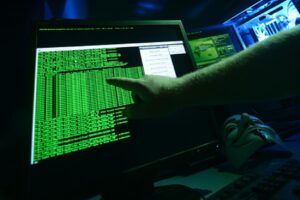 The hacker can also send an SMS or MMS message with a link that leads to a malicious website. Once the user clicks on this link, it will install a virus on their device which will allow the hacker to gain access to their information and personal data.

How does it work?

The Pegasus voice call attack uses buffer overflows to attack a target’s phone while they are using WhatsApp or another messaging service like Facebook Messenger or iMessage with iOS or Android devices in order to gain access to their personal data on the device.

Buffer overflows are normally used to exploit security vulnerabilities in computer programs that allow hackers or attackers to run malicious code on your device without your knowledge or permission which allows them to access your data including photos and videos as well as contact lists and messages stored on your device.

Some examples of apps that can track someone’s WhatsApp account 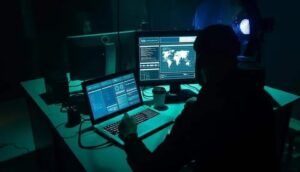 How to spy on WhatsApp using Nexspy

If you are looking for the best WhatsApp spy app, then we have a solution for you. Nexspy is one of the most trusted and reliable spying software that can be used to monitor your children’s or employees’ activities on their WhatsApp accounts. It allows parents to track their child’s activity from anywhere. You can also use Nexspy for monitoring calls, location sharing, and more on any device (Android).

Use Spystealth to spy on WhatsApp calls and other data

SpyStealth is a powerful spyware tool for monitoring WhatsApp on Android. It can be used to view all the activities on WhatsApp and other social media apps. This includes real-time tracking, and the ability to view WhatsApp chats on Android.

The app can also help monitor other social networks like Snapchat and other apps. This Alert feature makes spying on WhatsApp easy for the smartphone user. The app keeps track of the use of specific phrases in conversations. These are useful if you are interested in monitoring children’s WhatsApp activity. In addition, you may view the logs remotely using the dashboards.

You need physical access to install this app on someone’s device. For iOS, you need iCloud credentials and need to turn on backup to efficiently monitor WhatsApp messages.

SpyBubble to spy on WhatsApp Without Target Phone

SpyBubble is another spyware app on Android. These tools will make use of a lot of ease. It has several additional features like real-time tracking, and the ability to view WhatsApp chats on Android.

The app can also help monitor other social networks like Snapchat and other apps. This Alert feature makes spying on WhatsApp easy for the smartphone user. The app keeps track of the use of specific phrases in conversations. These are useful if you are interested in monitoring children’s WhatsApp activity. In addition, you may view the logs remotely using the dashboards.

Use uMobix to spy on WhatsApp Conversations Free

UMobiX is the best way to spy on WhatsApp messages. It works on iPhone, Android, and Windows Phone devices. You can use it to monitor any WhatsApp conversation and see what’s going on. This is a powerful monitoring tool that allows you to see the dates, times, and contact names for these conversations.

The UMobiX application can even monitor deleted WhatsApp messages on Android devices. I think it’s an excellent way to keep targets from hiding something from you. The UMobiX application also allows you to track other social media accounts like Facebook, Instagram, Twitter, Viber, and more.

How to Use uMobix:

The Hack uses how WhatsApp handles images if a viewer opens a gallery for sending media files. When the gif is parsed it shows a preview of the image on the screen. This is special since the file contains several encoded frames. Consequently, codes are not visible on images. If hackers send GIFs to an unsecured user this can affect their entire Chat logbook. The hackers can see which message the user sent.

Trusted hackers can also use this bug to steal data from WhatsApp users, including images and videos. The hacker can also alter images and videos of the user before they send them back to them. This effectively gives them the ability to steal data from unsuspecting users of the app. Though this has been fixed, hackers can still use this method to spy on WhatsApp accounts.

How do I know if someone is reading my WhatsApp messages

You can use the following methods to see if someone has read your messages:

You can check the list of people who are currently online by clicking the ‘List of Users’ button in the WhatsApp conversation window. The number in brackets next to each name indicates how many active conversations they have going on at that moment. If someone considers themselves ‘online’, this means that they are actively receiving messages from other people and are able to send new messages as well. If no one says ‘online’ after you’ve sent them a message, then it’s likely that they don’t want you sending them any more messages yet (or ever).

Go back through your chat history and click on individual messages to see when they were viewed and by whom; this will show up as “Viewed by” followed by their name or profile picture. If someone’s name appears multiple times with different dates next to it, it means that person opened your message several times over time instead of just once right away like most people do when opening a new incoming message from someone else on WhatsApp.

This type of behavior may indicate either hesitation caused by uncertainty about how best to proceed forward with whatever plans had been discussed earlier before opening up again later after thinking about things more carefully, or else an ongoing conversation between two parties where both sides need time alone during which neither party should expect immediate responses from another person looking for answers or assistance with something specific

Find someone on WhatsApp by phone number

To find someone on WhatsApp using their phone number, open the app and tap on the three dots button in the top right corner.

Then, select “Search for people” to enter a name or phone number into the search bar.

If you haven’t used it before or if you’re looking for a specific individual who isn’t listed as one of your contacts, select “Search for users”.

You’ll then be able to type in any person’s name or phone number and see if they have an account on WhatsApp.

Can WhatsApp be hacked?

Yes, it’s possible to hack WhatsApp messages! The app can be hacked via several methods. You can spy on the target’s phone and read their messages or you can get their phone number and hack their account by knowing it.

In this article, we will explain how to spy on a WhatsApp message without using any apps or software. This method is called “Sniffing” which basically means reading the packets of information being sent back and forth between two devices.

Can someone be online on WhatsApp without it showing

As we all know, WhatsApp is a messaging application that is used by millions of people around the world. The feature that makes this app so popular is that you can see when someone was last active on WhatsApp. This means that if you want to know when your target was last seen on this messaging app, then there’s no need for any hacking or snooping because it’s already available in the default settings.

However, there are situations where you may want to spy on a person who uses WhatsApp but does not show their last seen status publicly. In such cases, there are some ways through which you can find out whether someone has been active on WhatsApp recently or not without being detected by your target phone user.

How to spy on WhatsApp messages without accessing the phone

In this article, we will explain how to spy on WhatsApp messages without access to the target phone.

If you want to know how to spy on WhatsApp messages without access to the target phone, then you are at the right place. In this article, we will explain how to do it in a very easy and simple way.

So let’s get started!

You can spy on WhatsApp messages without the target phone. All you need to do is download the best free WhatsApp spy app from the official website and log in with your email address. It will only take a minute or two for the software to track down all the messages that have been sent and received on a particular WhatsApp account. We have listed down some of the top free WhatsApp spy software which is available online:

how to spy on WhatsApp messages without the target phone

First, you need to know that there isn’t a way to spy on WhatsApp messages without the target phone. There are two ways to get around this problem:

We hope this article has provided you with the information you need to spy on WhatsApp messages without the target knowing.